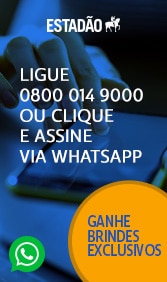 My son's love for books

NEW JERSEY - My office is at home, and lately my 6-year-old son has started coming up to visit me there, exploring the cluttered room and taking books down from my shelves. He walks around the room clutching one to his chest, or curls up in my armchair with one held tightly in his arms. He is just starting, in the most rudimentary way, to learn how to read, and he is frustrated that he cannot read more than he does. So I guess he overcompensates by trying to extract books' intellectual and spiritual contents through their physical quality. Primitive peoples embodied their fears in statues, to which they prayed to be treated benignly. My son embodies his love in books, which he supplicates to allow him in.

He sometimes presses his lips to them, or sniffs their pages. It is comical and touching and absurd. In recent days, I needed him close to me, and I was waiting for him to arrive. Usually I barricade myself in my office, but last week I left my door open. Eventually, he wandered in, took a dusty old edition of Milton's "Paradise Lost" off the shelf and began to smell it. This time, instead of suppressing a laugh, I smelled it too. In a previous incarnation, it had been a library book. The library had discarded it and, many years ago, I bought it at a used-books sale. The pungent, musty old-book smell sent me back to my youth in libraries, in which I took shelter from life's storms. Public libraries cannot keep the evil in the world from bursting in through their doors, but they can offer sanctuary from the world's ordinary business.

When I was a kid, the library was a transformative kingdom. It was a place where the concrete givens of material circumstances had no claim against the library's own rarefied privilege, which was the privilege of inhabiting any epoch, experience or life that beckoned to you. The very physicality of the library's blond wooden chairs, whose smoothly polished surface made your posterior slip and slide from side to side, was like a comical refraction of the promise offered by the books that stood on the shelves, in which you could slip and slide into one new life after another and inherit the different treasure of experience embodied by each one.

It was in my town's public library, and then in the libraries of the public schools and universities I attended, that I discovered the alchemy of biography. I started with sports legends-Lou Gehrig, Babe Ruth, Jim Thorpe-and worked my way on to historical and literary figures. After that came books on places. And finally stories and poems-all the made-up tales proof that something grand and lasting and glorious can come from nothing.

If I were a certain kind of French writer, I would say that this borrowing and returning a library book, only for it to be borrowed and returned again and again, ad infinitum, had an eros about it, a freedom of desire not bound by the mundane routine of selling, buying and keeping. But having been born in the Bronx, let me put it another way: for kids who lack money, public libraries bestow on them moments of transactional Grace.

I used to stare for a long time at the library cards that were once stamped and tucked back into the pocket on the inside back-cover of a book. I loved to look at the dates. As the years went by the ink changed, and so did the font they appeared in. The dates were never in neat vertical rows. Some were slanted this way or that, some loomed high above the previous date, while others were stamped over another date-in error or haste-so that you could barely make out either. I loved to imagine what "March 9th 1952" was like, how it was different from "December 18, 1968." Was it raining on that March day? Sunny? Were students chanting outside the library on that date in December? Who stamped it? Who carried it off, in arms or bookbag, through sunlight or snow, toward what destiny?

You might say that the public library is both the essence of a book, and the essence of life itself. Like a book, the contents of the public library belong to everyone, in his or her own particular way, but are owned by no one. And like life, the books that circulate-I love the word, drawn from the operation of the heart and lungs-make each person who reads them only one degree of separation removed from every other person who reads them. You realize, in a public library, where books are borrowed, experienced and returned, how intimately connected knowledge is to the care and preservation of what love and desire have made precious.

I sat for a long time with my son and his Milton in that worn armchair, swept back into my memories of those innocent first encounters with library books. I held him tightly and he clutched his book, as the sun set and it grew dark. After a while, my son fell asleep and I gently removed the book from his arms and read Milton's lines to myself:

"Ah, why should all mankind

For one man's fault, be condemned,